“Touch isn’t just good – it’s absolutely essential. Denying it is like denying a child oxygen. I get very exercised about the demonisation of touch. It’s cruel, in my mind. It’s another form of abuse.”

In 2017 the British Psychological Society held a conference about the use of physical contact in schools and children’s services. As well as professor McGlone presenting his own findings regarding C-Tactile afferents (the soothing nerve) and his strong views about the centrality of touch, the child psychologist, Sean Cameron also stated that “What’s missing is a recognition of how important touch is, and that withholding touch is, in itself, a form of psychological abuse.”

The psychologists said that they wanted schools to change their attitudes towards physical contact with students. In particular, they have called for schools to explain to parents that touch is not only necessary, but an integral part education. McGlone goes on to say that “The scientific evidence for this is incontrovertible. I’m not just talking psycho-nonsense; I’m talking about proper, evidenced neuroscience.”

The reason for this is very simple – touch soothes our nervous system and helps us to process trauma. Some research is suggesting that touch actually dissolves trauma. Without soothing touch, the traumatised brain cannot think clearly and certainly in the stressful environment of schools, very little will be learned.

Professor McGlone states that when a parent strokes a child, for instance, “they are writing out the script that was laid down by 30 million years of evolution. We are destined to cuddle and stroke each other at predetermined velocities.” The pleasantness of this soothing encourages us to keep touching. It nourishes babies and it binds adults, and threads wellbeing into the fabric of our society. This is what is needed for society to function without violence.

As society evolves into a touch-phobic and a touch-prohibitive environment, we can see only greater violence and more stupidity. Extremism and war flourish in such environments. Unless bodyworkers stand up and speak out about the healing power of touch, that is! 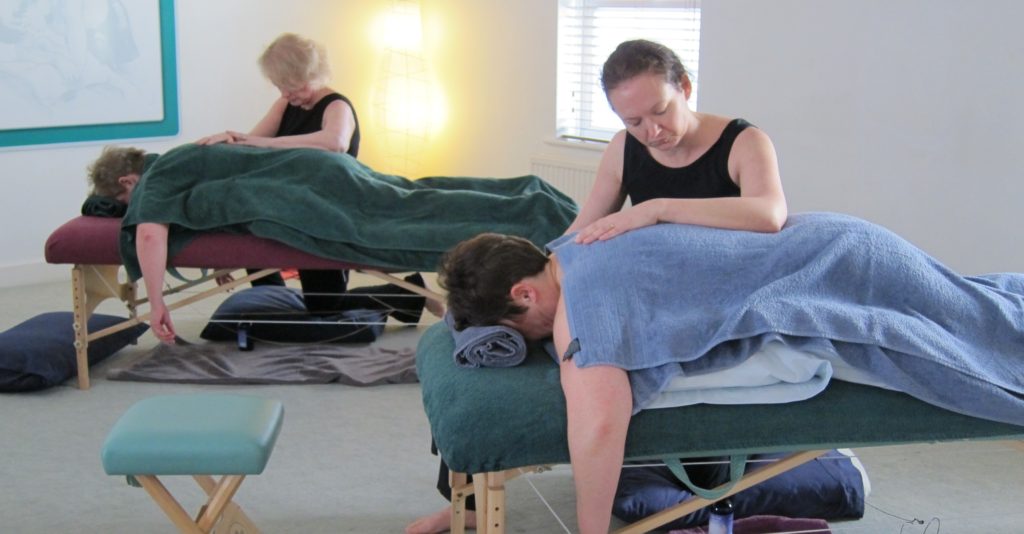