NO HANDS Master, Wendy Mills, has been involved with people’s health & well being all her life – from being a nurse to running a successful Beauty & Complementary Therapy Centre in Hereford. Wendy has been a NO HANDS Instructor since 2015 and became a Master in November 2016 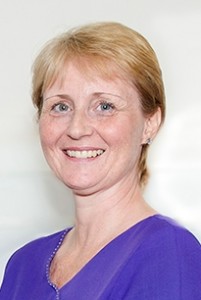 At the beginning of Mastery 2016 I wrote down what I wanted my outcomes for the year to be:

1) To get more clarity in my contracting.

2) To meet the client on whatever PEEMS level they are on.

At Module 1 I spent most of my time observing and taking part in ‘Contract into Treatment’ sessions. They were so valuable, I learned so much from observing others and starting to recognise the subtleties of what some clients say, compared to what they actually mean! I did reflect in my Mastery journal at the end of Module 1 that I thought I was sabotaging my own success and path towards becoming a Master. I’d put the brakes on as I thought I wasn’t good enough and didn’t think I’d been around long enough to be considered good enough or worthy of even going for assessment. I was worried that I might be considered big headed in some way.

At Module 2 we were presented with the NO HANDS® Road Map, describing the journey to becoming a Master and explaining how Mastery 2017 could be our assessment year. Well, that was it for me, it all became very clear, as quite often it does at Mastery! I showed my hand so to speak and said YES I wanted to become a Master so therefore 2017 was going to be my assessment year. It was out in the open and do you know not one person even hinted that I shouldn’t be doing it, in fact most said….about time too! From that moment on Mastery 2016 became more of a joyous occasion. I knew the path I was on and continued working towards it, with more contracts into treatments and the occasional practical stroke session thrown in. The idea of just stirring mud was firmly planted, and eventually I’d get that pot of gold. 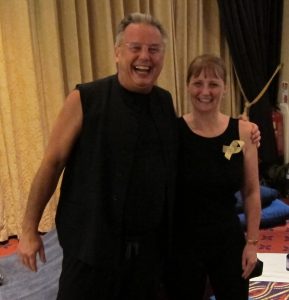 As with so much in NO HANDS you have to be prepared to be a little flexible and Module 3 was no different in this. Gerry explained that because there were so many of us that wanted 2017 to be our assessment year, 2017 had to start early, in fact it started on Day 1 of Module 3! Towards the end of Day 2 Gerry endorsed me to go for assessment and within an hour of that I was actually taking my assessment. Despite what might seem like a whirlwind, it actually felt so “real”. It was so much like a busy session in the clinic, I just had to do what I do every day in my treatment room, and get on with it. No time to think about it actually being an assessment, I thoroughly enjoyed it. Of course the fact that I passed made it even more enjoyable!

The care and support from the Assessment team and all the Masters didn’t stop there though: just because I’d passed didn’t mean I just had to get on with it from that moment on. It’s quite a lot to take in, this achievement of becoming a Master and each and every one of the Masters have gone through something similar on their journey, so Postural Key No 5 came out big time. And then there came the celebrations….. my jaw ached from so much smiling!

There were 5 of us who became Masters at Module 3, and the diversity of our backgrounds, the varying amount of time we’d been in the world of NO HANDS made no difference. If you want it, you just have to keep stirring mud and you will get there. It’s open to anyone who wants it. I can’t wait for the next part of my journey with NO HANDS and I’m really looking forward to being a part of other peoples journeys too and giving them as much support as I’ve received and am still receiving now.