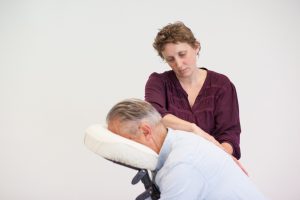 Recently, I’ve found myself sharing an anecdote I heard a long time ago. In these days of fake news and fact checking I wish I had a reference I could supply – but I don’t. What I do know is that, even without a specific source, this story really resonates with me – because I absolutely believe it could have happened.

When the scandal of the Romanian orphanages broke in the 1990s a whole array of organisations sent workers in to document; to do what they could; to try to salvage these lives that had been so badly treated.

In one orphanage an aid worker was surveying a ward of young children – not truly “babes in arms” any more, not yet fully toddlers. Over several weeks the children were monitored as was their diet, plus any other interventions. They were all doing fairly poorly – except for one. In a ward of children who were listless, not gaining weight despite increased food, completely disengaged from the world, barely clinging on to life, this one child was behaving much more like a “normal” child.

The aid worker had no idea what was going on and day after day went through records trying to find the reason for such a dramatic difference. It was almost the end of their stint and still they were no closer to finding the answer. One evening they found themselves on the ward far later than usual, so late that the cleaner had started tidying up and disinfecting. The aid worker was focused on finishing their own work for the day, but after a while noticed the cleaner had stopped moving around and, having completed her cleaning for the night, was standing beside a crib. The crib of the healthy child. And she was cradling this child. Talking quietly to it while having a gentle and motherly cuddle. Stroking its face, letting it explore her own face with its small but perfectly formed hands.

This interaction was only a few minutes long – after that, the cleaner placed the child back in the crib, gathered up her cleaning materials and moved on to the next ward. But that was enough. Scarcely 5 minutes touch at the end of the day was the difference between, quite literally, living and dying.

As I say, I don’t have a verified source for this story (if you do – or, indeed, fact checking that indicates it is just a story that never happened, please get in touch) – but it speaks volumes. And is replicated, perhaps not quite so starkly, in stories of child abuse and neglect time and time again.

So why is it OK to consider that, as adults, Touch is anything other than vital to life? Are our needs really so different from our younger selves? 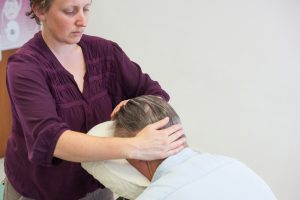 I’ve seen a significant shift in attitudes since the Covid pandemic started – people are recognising how much they need Touch, even very small amounts, in their life. But still the “go to” therapy for mental health issues is talking. Talking, very often, over the very disconnected medium of video calling. Not even in the same room. Not even close enough for the therapist to reach out with a reassuring touch on the shoulder.

Because Touch IS important. But it has to be safe.

It has to be contractual, agreed to and OK with both parties.

It has to be respectful.

It has to have clear boundaries.

And it absolutely has to be done in a way which causes no harm to anyone. No harm to the therapist through damaging techniques (originally designed to be used for just a few minutes in a session more akin to physiotherapy). No harm to the client through receiving the Touch for any reason other than because it’s what THEY want.

I believe powerful therapeutic Touch should be available to every human on the planet. This two day training teaches you everything you need to be able to give and receive powerful, healing Touch with friends and family for the rest of your life. It even includes a very practical “first aid” tool for anyone you meet who is in distress – which can turn a very damaging situation into a soothing and positive one. You don’t need any Touch qualifications to come along – but if you’re already qualified as a therapist, I can pretty much guarantee this will transform your clinical work, too.