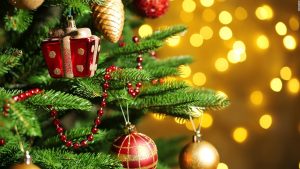 The most common greeting at this time of year is “Merry Christmas!” Although now very much a cultural celebration, the origins of this celebration are, of course, the birth of Jesus Christ, at the very heart of the Christian tradition. Being agnostic, and respecting the roots of things, celebrating Christmas doesn’t really do it for me.

Next up comes “Happy New Year!” I wanted to get behind this and I tried really hard. It was the end of one year and the beginning of the next! Woo hoo! Yeah, but actually it was staying up later than I normally do (even as a youngster I was a mornings rather than evenings person), hitting midnight and then feeling really rather anti-climactic. Nope, the turning of the Gregorian Calendar year (introduced by the then head of the Catholic church, Pope Gregory XIII, in 1582) leaves me feeling pretty empty too.

I’d been aware of some of the Pagan traditions from midwinter (and that many of them had been absorbed into what we now associate with Christmas) and knew that the Winter Solstice marked the shortest day, and longest night. But it was only a few years ago when it struck me how very real the Solstice was. Although usually associated with December 21st, because it marks a very specific point in the rotation of the earth around the sun it sometimes occurs on December 22nd – and has a specific time each year. That year was the first year I made a point of being outside, by a fire, at the exact time of the Solstice. It had immense meaning for me – the sun was coming back. The days were getting longer. A certain point had been passed and now we were progressing towards the other end of the scale – Midsummer. Hope. Light. New growth.

So for me, today in many ways is my New Year’s Eve. I like the quietness and insignificance of it – for most other people it’s simply “5 days til Christmas”. But for me, it’s the eve of a whole new cycle. A whole new rotation around the sun. A whole new life cycle for nature – of which I am a part.

Such moments of turning often lead me to a time of reflection. There is much to reflect on this year. Not least the fact that references to “normal” in terms of Covid adjustments may already be incorrect – more accurate may be “pre-Covid”. The wearing of masks, as one example, may simply be what goes for the medium-term, and possibly even the long-term, foreseeable future. But my reflections this year are strongly influenced by the NO HANDS Chair course I’ve just had the great pleasure to teach. 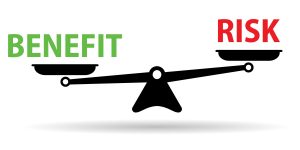 A lot of consideration went into the decision as to whether to run this course or not. A range of risk mitigations were put in place. All attendees made sure they had a negative lateral flow result before attending. I, for one, adjusted my plans in the run up to the course to minimise my exposure to others and hence reduce the risk I might either test positive and have to cancel, or end up passing this virus on to other attendees.

But as with every decision we take, it was based on weighing the RISKS against the BENEFITS. And the benefits, after almost 2 years of being able to offer very few opportunities to the NO HANDS Community to connect, to develop, to herd with their colleagues, definitely won out on this occasion. Not just for me – for everyone there. Everyone had taken very seriously the decision to attend. Everyone was thrilled to have taken that decision. Five lives were deeply touched by our care for each other, alongside the important and powerful work we were learning about and sharing. Work that is now being carried back to four very distinct locations across the UK to help support others who are in need of this incredible healing agent.

We have out next in-person training scheduled for January, and with talk of possible lockdowns I’m preparing myself for the worst – but absolutely hoping for the best. I’d love you to join us next year – whether for our courses for professional therapists,  or as a non-professional who’s keen to bring the power of Touch into your life. We’ll be here – and we hope you’ll find your way to one of our courses too.