The Belly Ball – take what works for you

The Belly Ball – take what works for you

This is the third in a series of four articles written by Master Tigger MacGregor. The first two are Taking Care and Good Old Fashioned Rest

My previous post included the story of me and my “sugar crutches”. Well, my most recent “crutch realisation” happened a couple of weeks ago and coincided with a pile of stress and a general feeling of being too sugar-dependent and bloated. So I cracked out my Detox Box. 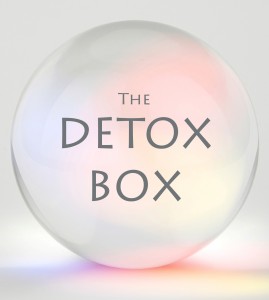 When the Detox Box was launched I was lucky enough to be among the first to try it out. I followed the suggested regime pretty much to the letter (no days off, no “slip ups” – I did exactly what it said in the booklet).

Four weeks later I’d really enjoyed the body connection I got from the skin brushing and the daily self-colon Massage – but I was bored silly on the food front! There were only two things which I needed to cut out which were different from my usual diet (processed sugar and wheat) but as someone who’s not really interested in being creative in the kitchen, I’d ended up living on meals which I found pretty unexciting – and at the end it was definitely a case of “Right, that’s over: back to the same old, same old!”

But that was then, and this is now.

I merrily started the regime with every intention of polishing my food-related halo every day. Ha! Knowing I’d tried the regime “as prescribed” previously (and knowing the effects) after about a week I decided it wasn’t going to be about absolutes this time around. Instead, I was going to avoid processed sugar and wheat but if I really fancied some, I’d have some. This idea was reinforced by a conversation with a friend: we were talking about the importance of treating a change in diet as a shift to a new habit, rather than a period of abstinence with a countdown to reverting back to old habits. Short-term fixes aren’t my thing: I’m in it for the long haul.

Going on previous experience I didn’t expect major withdrawals or shifts within myself – but what I’m getting is so much more valuable. I’m thinking about my food more – it’s no longer just calories as fuel, but really as nourishment. I’m not using a suggested regime as a stick to beat myself with – I’m using it as a signpost for better ways to treat myself and my body.

Likewise with the self-massage and skin brushing – there have been a couple of days when they didn’t happen, but generally they’re a welcome addition to waking up in the morning. Doing the self-Massage while I’m still all snuggly in bed is a great way to ease myself into the world – and today I even did it while I was in the bath. The cupping at the end was a bit of a challenge (narrow bath) but warming the ball up in the bath water to start off with worked a treat!

And best of all? After years of sitting on the fence, I finally indulged myself in a powerful blender and I LOVE IT! Slaving in the kitchen? Nah. Getting creative and chucking bits and pieces in my blender knowing it’ll be nourishing however it turns out: bring it on!