A Kiss Is Just a Kiss

A Kiss Is Just a Kiss

A kiss is just a kiss,

A sigh is just a sigh,

But the touch of a bodyworker,

Now that is something else! 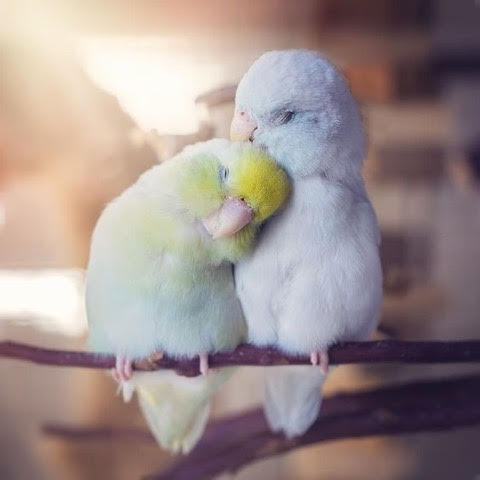 That is some serious neck Massage going on in this picture…

In fact, it looks suspiciously like that ‘beak Massage’ is loosening up the exit spot for Cranial nerve XI – one of the key nerves for regulation of the whole nervous system. I think we can see this in the “melting” expression on the receiver’s face!

Last weekend I taught the first of my “Massage For Trauma” 1-day courses to a group of experienced Massage therapists, most of whom I had never met before. It is always hard to know exactly how well a course will go down before it happens and this course is definitely a first in the Bodywork world. Well, I just wanted to tell you about how they reacted. But first, let me explain something about the background of this course to you:

On this course I explain just why it is OK for Massage Therapists to focus on their touch, rather than on what STRUCTURAL IMBALANCES they are meant to be fixing. This may sound a bit dumb to you, but for the last 100 years, the Massage profession has been dominated and led by teachers who are primarily structuralists. They come from the osteopathic or Sports Massage tradition. Many of these teachers have never delivered an hour of gentle soothing, reparative touch in their lives. This has resulted in a serious contamination of the Massage profession and of all our clients who now think that, unless we are fixing a structural problem, nothing is happening.

In fact most structuralists that I have met will “pooh-pooh” the work of those who work in spas and well being centres, giving gentle body Massage for ‘relaxation’. I know this because…

I was one of them.

And yet, pretty soon in my clinical practice I lost the use of both my hands on the same day – through the RSI that is a pandemic to our profession. Six studies worldwide show the exact same statistic: 70-80% of any group of Massage therapists who are asked, are actually carrying injury. Yet, ironically,

This injury was the best thing that could ever happen to me and my practice.

I could no longer use my hands to focus on spending all my time ‘fixing’ the structural imbalances of my clients. Instead, right from the ‘off’ I was amazed at what happened when I just poured my weight onto my clients bodies through the soft and relaxed surface of my forearm (think floppy wrist). They simply melted…

That is when I realised that all 633 muscles in the human body, and the joints they control only have one important ORIGIN and INSERTION – the human mind. 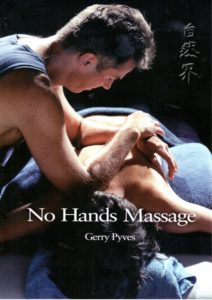 I write about this first experience in my first book, The Principles and Practice of NO HANDS Massage.

What I did not know at the time was that I was actually discovering the first of the three PRIMAL MOVEMENTS that speak directly to the nervous system. These three movements became the “bread and butter” of my work – for the next 30 years of clinical work.

This first client actually moaned with pleasure as my whole body weight collapsed in slow motion onto his back… The fact that I was unconscious at the time only helped matters – because I was so completely relaxed, there was only softness to my falling…It was just as well he moaned because that is what brought me round to discover that I had slumped over his back. When I opened my eyes, I discovered that I was staring down at the carpet from the opposite side of the table to which I was standing. I had slumped over his back on to my forearms. Not realising I had passed out, my client thought this was a great new stroke and when he had finished moaning, he said “That was great – do that again!”

The really great thing about this moment was that, during this ‘slump’, even if I had wanted to “get structural” as I had been trained, I actually had no blood supply going to my pre-frontal cortex. All there was to this bodywork stroke was:

At this point, the structuralist teachers are scratching their heads in confusion and saying things like: “What kind of stroke is that – falling on a client? What on Earth is that fixing?”

In fact, the very first time I demonstrated this work at a Massage conference in Regent’s Park in 1999, a renowned and published Sports Massage school director came up to me afterwards and started shouting at me and ‘squared off’ at me in a highly aggressive manner. He felt so threatened by the revolutionary nature of what I had just done, that he had gone into his sympathetic nervous system and was locked into the “Fight” part of his “Fight or Flight” system. And he was right to do so, because this enforced discovery of mine has changed everything in the Massage and Bodywork world.

No wonder he felt threatened…

You see after my injury I only had my own “gut instinct” and my observation of my clients’ reactions and their words to guide my new ‘handless’ approach. This was not a choice or a fancy new system of healing that I was developing. The very clinical survival of my new-found passion for healing touch was at stake. A passion that has consumed me for the last 35 years…

What emerged were THREE PRIMAL MOVEMENTS that have nothing to do with any structural ‘fixing’ at all. This was decades before the neuroscience would start to unravel the real cause of almost all physical and mental illness – the dys-regulation of our nervous system. Now I can explain the impact of these three primal movements on the nervous system with science. Then, I only had my gut instinct and the feedback of my clients to go on.

These are the THREE PRIMAL MOVEMENTS that I teach on my 1-day “Massage For Trauma” day. And don’t worry – you can use your hands!

So what was the reaction of the first group of students to these three movements?

Well, it was like watching prisoners being set free. Once I had used the latest neuroscience to explain why their touch and their own body movements were the most important part of the healing exchange, they just FLEW.

It was as if I had just given them permission to “take off” their inhibiting and restricting ‘structural caps’ and to truly be themselves. They were given permission to focus exclusively on the simple but incredible power of human TOUCH.

It was clear to me that for the for the first time in their careers – some had just started and some had been doing Massage and bodywork for over 30 years – their own innate sense of healing touch was being acknowledged and valued. Instead of being taught yet another ‘structural technique’ that would ‘fix’ their clients, they were being encouraged to touch according to their own intuition and their excellent human instincts.

Using my guidelines for the three primal movements…

The smiles on their faces during the treatments and the feedback afterwards was amazing. Many said that they had been waiting all their working life for someone to give them permission to TOUCH. Finally.

And how they touched…

Were they effective? Were they just:

And all of this took place with no diagnosis and no measuring of the comparative height of one shoulder to another or the degree of neck rotation! Not one structural phrase in the room. Many shared that this day had triggered the rediscovery of their original passion for healing.

I just wanted to let you know about this so you don’t miss out.

Because we are almost sold out on this current tour, I shall be announcing dates for a new 2020 tour very soon – so make sure you sign up to our mailing list and keep your eyes peeled!